The main components of the Integrated Storage are the following:

NBD (Network Block Device), an open-source protocol, transfers data from the device mapper to NBD servers through the network. NBD servers (rspamd instances) are hosted on IS controllers. They are lightweight virtual servers that consist of BusyBox and a minimal set of binaries optimized for I/O.

The device mapper passes hardware storage devices to IS controller virtual servers to ensure the smooth and uninterrupted hot plugging of new disks. 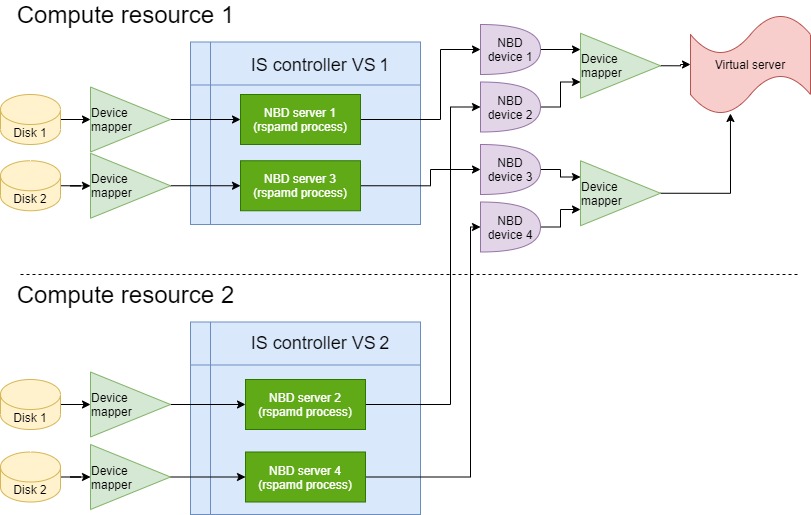 Virtual servers, device mappers, and NBD servers are configured through a single configuration file /onappstore/onappstore.conf. It is located on all compute resources and backup servers with the enabled Integrated Storage.

The /etc/init.d/SANController service ensures the work of virtual servers, that is, Integrated Storage controllers, while the /etc/init.d/storageAPI service is used for API.

After the /etc/init.d/storageAPI service starts up, API listens on 8080 port. Then, the IS can be configured through API.

Abstractions are used to configure IS. There are two types of nodes:

Data stores are a joint of back-end nodes that work as a single space for virtual disk creation and can be configured to use many stripes or mirrors.

For the creation of a data store, back-end nodes should be within the same compute zone and servers should be connected to the same SAN network.

Virtual disks are created within the data store that has back-end nodes as members. Also, data can be written to a virtual disk or can be read if a vDisk is online only. vDisks can be made online on a compute resource and attached to a virtual server or on a backup server to take a backup. 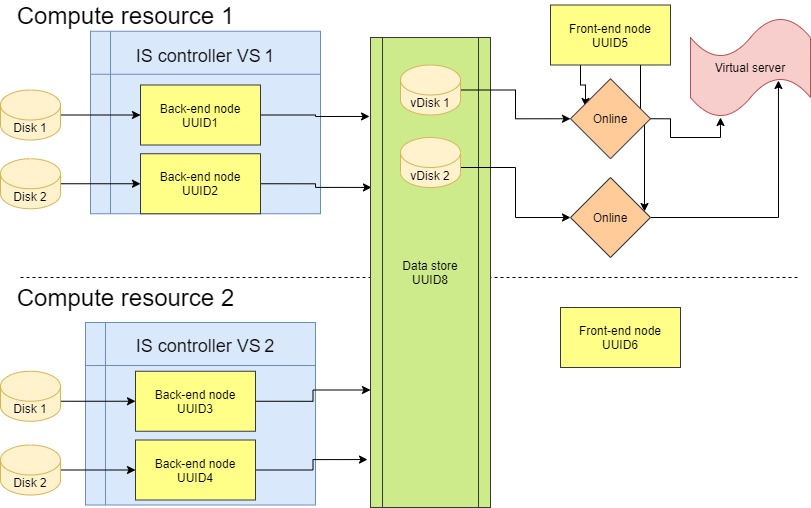 A SAN network ensures the work of the IS. Compute resources and backup servers are managed through a management network from CP. 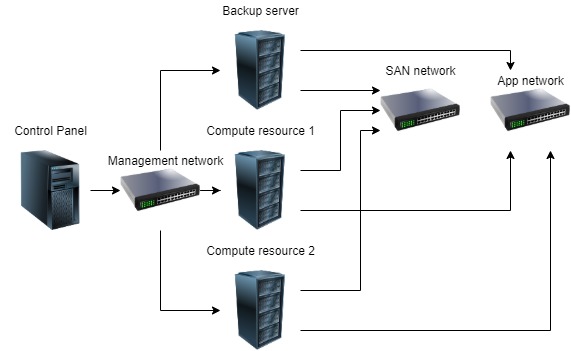 For more information on benchmarks, refer to the Performance Benchmarks page.