Starting with OnApp 5.5 you can create vCenter virtual servers if you are subscribed to a private vCenter compute zone. To create such a VS, select a template of the  'VCENTER' virtualization type in the server creation wizard. The creation process for a vCenter VS is the same as for regular OnApp virtual servers.

When a virtual server is provisioned, the public keys of the Control Panel and your public SSH keys (if you have SSH keys added) are set for the server.

To create a virtual server on a federated compute zone:

If there is only one location available this step will be skipped. The wizard will start with the Templates step. The Cloud Locations step is present in the wizard if the following requirements are satisfied:

If you face the problem with viewing the maps, refer to the Add Google Map API Key section of Administrator guide.

At this step, specify the template from which your virtual server will be built.

To choose a template:

Only the templates that come with the federated zone you have selected at Step 1 are available for selection.

Note that the template group associated with the selected location will be present in the wizard only if all the resources (template group, data store zone, compute zone, network zone, backup server zone) of that compute zone are added to the bucket of the current user. 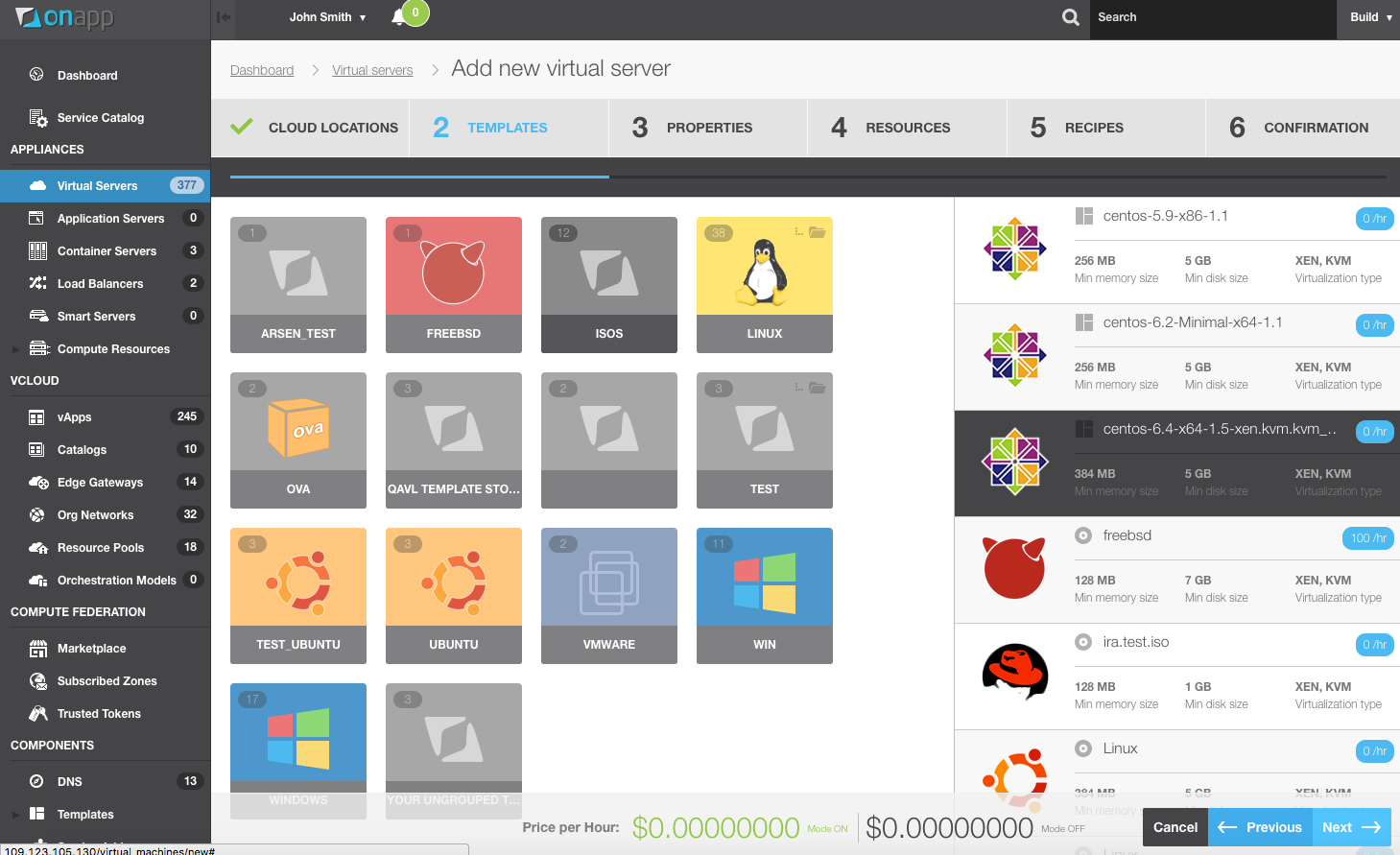 At this step you need to:

Before you create a virtual server from an instance package, consider the following:

After you click an instance package box, it becomes highlighted in green. Click Next to proceed to the following step of the wizard.

Set the resources needed for this VS: RAM, CPU cores, CPU priority. 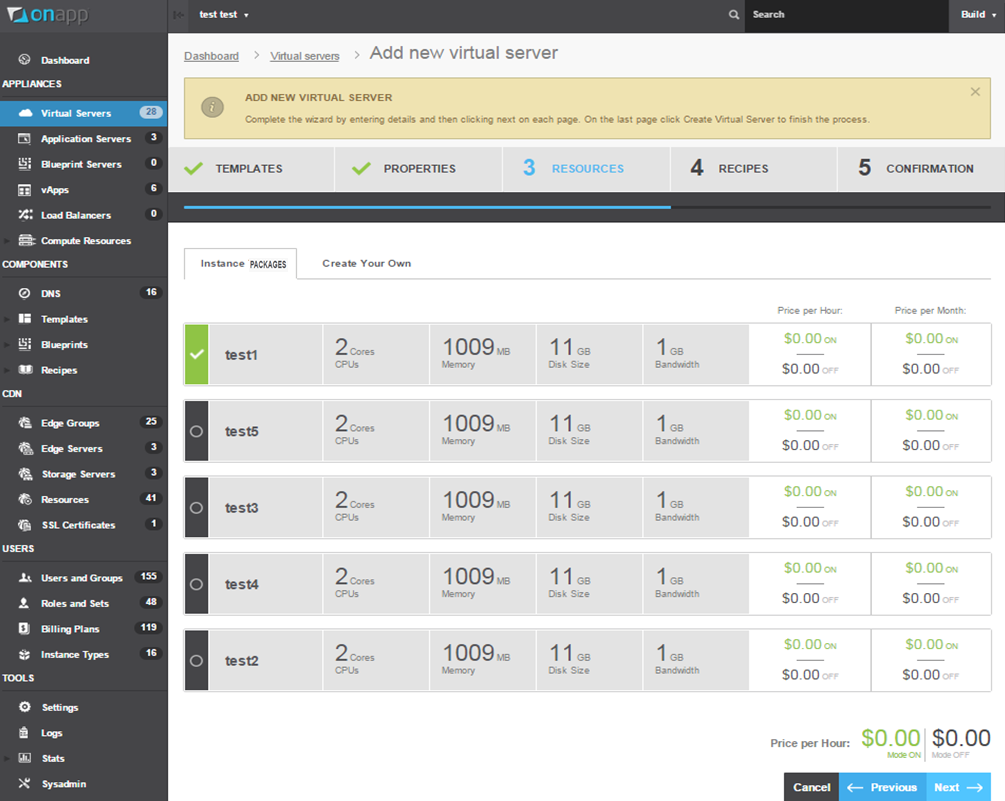 At this step you need to indicate the recipes you want to assign to your virtual server. This step is optional. You can create a virtual server without choosing recipes and add them later if required.

At the Confirmation step you can find the configuration summary of VS, which will be created. You can view template's name, RAM size, number of networks, primary disk and swap disk size, number of cores.

Move the Boot Virtual Server slider to the right if you want the system to automatically build the VS. If you leave this box blank, you will have to build your server manually after it is created.

After you set up these parameters, click the Create Virtual Server button to start the creation process.