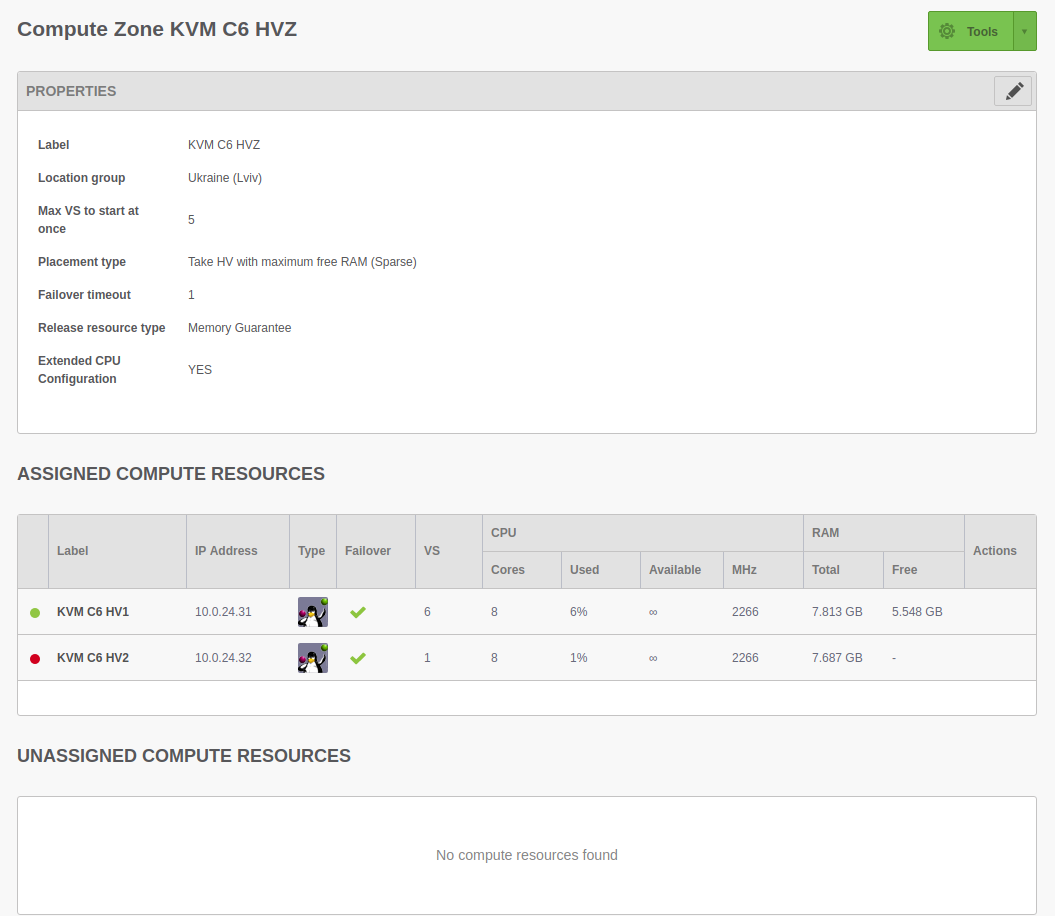 To add a compute resource to a zone:

Be careful when adding new compute resources to compute zone with Extended CPU Configuration enabled. For more information, refer to the Manage Extended CPU Flags for Compute Zone section of this guide.